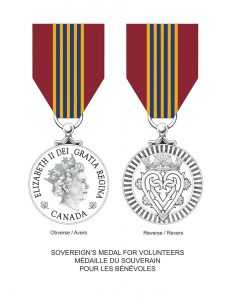 The Sovereign’s Medal for Volunteers was instituted in 2015 and replaces the Governor General’s Caring Canadian Award created in 1995.  It takes precedence over Commemorative Medals like the Diamond Jubilee and Long Service Medals like the Canadian Forces Decoration. 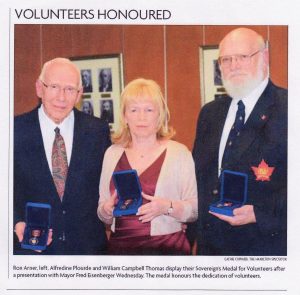 Bill Thomas is pictured along with others receiving his medal at City Hall on January 25th, 2017.  Cdr (Ret’d) Bob Williamson, who previously received the Caring Canadian Award, had already exchanged it for the medal