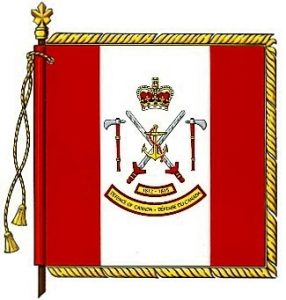 There have been, depending on your definitions and sources, around nine other vessels in the Royal or Commonwealth navies called either STAR or STARR.  Since naval vessels of the Commonwealth and many other countries trace their ancestry through all previous vessels with the same name and inherit Battle Honours from those vessels, they are part of our history.

Our first honour was awarded following the Battle of Goodwin Sands (29 May 1652) during the First Anglo-Dutch War.  This STAR was a twelve or twenty-four gun ship, not part of the Royal Navy but of the Commonwealth during Oliver Cromwell’s time from 1649 to 1660.  When the Dutch squadron under Admiral Marten Tromp refused to salute the new Commonwealth flag flown by the British squadron under Admiral Robert Blake, a battle ensued, from which, after a five hour engagement, the Dutch withdrew.

Martinique and Guadaloupe were awarded following the capture of those islands from the French during the Napoleonic Wars.

In 2012, the bicentennial of the War of 1812, STAR was awarded the Defence of Canada Banner, commemorating the participation of our namesake ship LORD MELVILLE / STAR in that conflict.

Cdr Bob Williamson, RCN (Ret’d), a former Commanding Officer (1985-1988), has made a good case, based on Battle Honours awarded to army units or medals awarded to soldiers, for several other Battle Honours that weren’t, but perhaps should have been awarded: